CCTV Installers with a difference.

We will design the optimum positioning of the CCTV cameras, enable remote monitoring so you can view your business or home from even your mobile phone. Our CCTV engineers are equipped with the latest, cutting edge knowledge and CCTV cameras, this forms the essential ingredients to your CCTV INSTALLATION package. It is of the highest quality so an excellent choice for higher risk businesses or areas. If security, surveillance and remote monitoring is important to your business, then we are the right CCTV installer for your needs. Please contact us directly for further information. We offer many security solutions and benefits.

As an innovation leader, Dahua Technology is committed to offering cutting-edge technologies and products, such as multi-sensor panoramic cameras, ePoE for 800m power and data transmission over Ethernet cable, and Smart Codec to improve encoding efficiency and save bandwidth.

Network cameras are widely used in various applications and vertical industries. Face Recognition cameras can be used in entrance & exit, smart retail, public areas, and other scenarios to improve operation efficiency. ePoE with extended reach distance is widely applicable for stadiums, parking lots, etc., to save on cabling costs.

As the inventor of HDCVI (High Definition Composite Video Interface) technology, Dahua continuously invests in the technology to rejuvenate existing coaxial-based systems since its launch in 2012 with its own patents. As the first to bring 4K resolution over coax, the first to introduce IoT into analogue monitoring, and with versatile offerings such as multi-sensor and fish eye cameras, Dahua has formulated its HDCVI camera selection as the perfect choice to strengthen your existing coaxial system.

Dahua HDCVI cameras are separated into the Ultra, Pro, and Lite Series, which range from high performance with project oriented features to a cost/performance balance. Users can select cameras based on their needs.

HDCVI cameras are used in applications where existing analogue infrastructure is available and users have a need for the latest technologies, including 4M/4K resolution, IoT over coax, Power over Coax (PoC), and more. 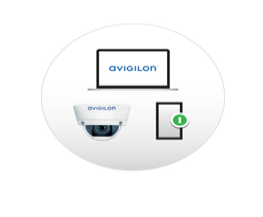 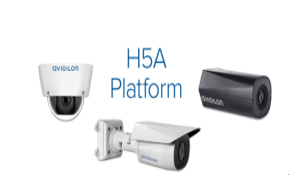 Thermal Radar utilizes a best in class rotating FLIR Tau2 thermal sensor and applies edge-based analytic detection algorithms to detect, classify and Geo-Spatially locate any incursion that may threaten your perimeter.  Thermal Radar detection alerts generate not only a GPS coordinate of the intruder’s specific location but also a thermal image of the intrusion.  By providing accurate GPS coordinates upon detection, Thermal Radar provides many of the same net results of a traditional radar while remaining a completely passive and undetectable intrusion system.  Thermal Radar can be a standalone detection outpost on an expansive border project or the centrepiece of an integrated physical security strategy at your most critical facilities.

Once calibrated, the Thermal Radar has the ability to pinpoint any alert on a map and send those coordinates to the user as part of the event notification or directly to a VMS. This makes Thermal Radar the ideal platform for tracking objects and can be used in conjunction with other camera systems to provide “slew to cue” data. 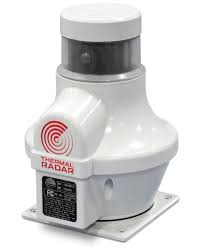 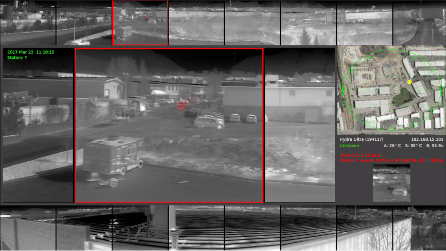